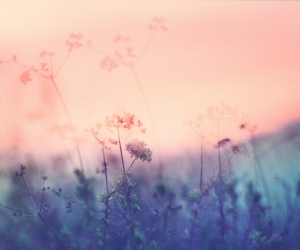 When it comes to conversations about racial equity, Kim Moore Bailey is more than comfortable – it’s her life’s work. Growing up as a child of Black NAACP (National Association for the Advancement of Colored People) members, the CEO of Justice Outside has always celebrated her Blackness. “I’ve always been doing the work that I’m doing now as it relates to racial equity,” she said. “I just wasn’t always getting paid for it. In fact, I was often told that’s not in your job description.”

“My life has always been framed as being a Black person,” Moore Bailey notes, and for good reason. Her lineage includes grandfathers who were part of the first Black firehouses in the Bronx and among the first Black bus drivers in Harlem. Her maternal grandmother was part of the bus boycotts in Alabama. Having these strong figures in her life made centering and amplifying the beauty and brilliance of Black communities a natural part of living and working.

Advocating for Her Own

Since the start of her career, Moore Bailey worked to end the pattern of overlooking communities of color in access to parks and the outdoors, and has worked tirelessly to ensure that changes are rooted in the needs and desires of communities of color. While working for the Chicago Park District, the inequities around funding and amenities on the South Side of the city compared to the north were very obvious – that even during a bike ride, the then-mayor of Chicago noticed the disparities firsthand and began allocating funds to parks on the South Side.

Her time at the park district was distinguished by a deep understanding of the justifiable distrust from the Black community toward the parks department, after so many years of neglect and broken commitments to communities of color. This made it clear that she would need to ease into change and meet people where they were; to regain trust and ensure that communities saw their priorities reflected in their park spaces. She made it her mission to be an advocate for predominantly Black and Brown neighborhoods to level the playing field. “It wasn’t about showing up and saying ‘I’m doing this for you,’” she said. “It was about doing it with folks and having those conversations rooted in mutual respect and authentic connection.” This sometimes included taking residents on field trips and getting feedback from them on things they’d like to see in their own neighborhood.

Moore Bailey has made it a point to foster the leadership of people of color, especially women of color. Her commitment to elevating the work of people of color is indicative of her own career in the outdoors and the specific challenges she has faced as a Black woman. With the grace, dignity and humor that can only come from a lifetime of confronting racism, she shared instance after instance of being the only person of color in the room, not having her leadership recognized, and the importance of staying true to yourself.

“At my first board meeting with Denver Parks and Rec, I had a board member hand me his coat and order a drink from me because he thought I worked at the restaurant where we were holding the meeting,” she recalled. “So I took his coat, got his drink, and his jaw hit the table when the meeting started and I stood up and introduced myself as the new Director.”

After leaving city government and transitioning to the nonprofit sector, the challenges remained the same, but she found herself increasingly prepared for those challenges and even more resolute in her values. Moore Bailey was relieved that her next role positioned her to be supervised by a boss who not only recognized her worth but did whatever possible to support her and let her know that she was invaluable. When, as the sole person of color on the leadership team, she shared some of her concerns about the organization, he asked her not to quit, and worked with her to find a way forward. Together they changed the infrastructure, providing opportunities for her to work from home and to travel to different areas where there were more people of color working for the organization. Moore Bailey reflected, “I needed to be around my people, and as a white man he did the work to understand that. His thing was, ‘Whatever we need to do to retain you is what we need to do, because we need you more than you need us.’ I really hold on to that experience and his ability to see me, and I try at every step to provide that same feeling to other people of color in the field.”

Evolving as a Black Leader

Over the years, Moore Bailey took time to heal, practice self-care, and embrace being unabashedly Black. “If you don’t see me as Black,” she said, “then you don’t see me.” Owning that understanding and learning to stand tall helped her to find her voice. She made the choice to not let the years of being overlooked and undervalued block her from achieving her goals and, instead, addressed the racial inequities head on. Racial inequity is no longer her burden to carry for others, and she puts it back on others to do the work themselves to change.

“If you’re not open to having an authentic conversation, or can’t hear what I’m saying because you’re trying to figure out how I did my hair, it is hard for me to speak with you,” she noted. “I don’t mind you being curious, but I also need you to be empathetic, and I need you to recognize that I’m human.”

In her current role at Justice Outside, Moore Bailey is more upfront about confronting racial bias and racial inequities. As CEO, she now has the platform and permission to say what, when, and how things will be done to address racial disparities. She pointed out, “I now say we’re going to have an uncomfortable conversation, and if you’re not uncomfortable, then we’re not doing our job.”

Justice Outside does not engage everyone who requests to work with them. Organizations looking to check off a box that is required of them in the diversity, equity, and inclusion sector are respectfully declined. Instead, they support those who truly want to do the work to do better and be better. For Moore Bailey and her team, it’s critical that organizations seeking to partner with or participate in trainings led by Justice Outside are committed to equitable practices and outcomes in their own work, and invested in creating systems change with an emphasis on racial justice.

In the racial equity journey, it is important to know how to fight your battles. Moore Bailey explained the importance of asking for help in situations where the battle may not be hers to fight. She shared some of her tactics to getting through tough meetings in order to ensure that what needed to be done was done for the greater good. This includes asking others to join her and practicing before meetings so that she can put her best foot forward.

“I lean on my board members,” she said. “I let them know this audience can’t seem to hear me. Perhaps, they can hear a white male better, so will you please join me?” She then gives her board member the message she would have delivered, expecting that if it comes from a white male people will listen. This has proven to be true more times than not, and it accomplishes the goals. “It’s not about ego,” she said. “It’s about the organization, and we move on.”

When asked how she defines racial equity, Moore Bailey described it in terms of opportunity. She responded, “I think about racial equity as the distribution of resources and opportunities when they’re not determined or predicated by race, racial bias, stereotypes, or some ideology associated with race – that we’re all afforded the equal opportunity to do things and not be judged on the color of our skin.”

At Justice Outside, Moore Bailey and her team push individuals to think about racial equity personally and systematically. This is because systemic change starts at the individual level. They ask questions to get people thinking critically about how they interact with their staff and others around them. For example, they ask folks to connect with their assumptions about things like education levels, titles, and age; and encourage them to connect those assumptions back to how they interact with people that report to them.

At first glance this  example may not seem to be about race. But she explained that uncovering assumptions is the tip of an iceberg that reveals other systemic issues that often trickle down to racism. “They might not come into it thinking it was a race issue,” she said, “but once you start to peel back the layers, they realize this does translate to race.”

In that realization comes learning about your own values and how they fit with the work you are doing. Sometimes individuals will find that the organization they work for isn’t ready to evolve. This leads them to seek other opportunities with a sense of clarity about what they want in their next job that they didn’t have before. Being there for people when they take the courageous step of transitioning from often toxic environments is a critical role that Justice Outside’s programs play. The sooner we engage in self-care, the better chance there is of retaining talented people in the field. it’s those nuanced conversations about race that become a catalyst for change. That in itself, said Moore Bailey, is rewarding.

One point that Moore Bailey emphasized  is the idea that racism is the foundation upon which every other type of inequity sits, no matter the sector or social system being discussed. From the nonprofit sector to philanthropy, from education to housing, when you think about who has access to greater opportunity and resources, you realize you’re having a conversation about race. If we can forthrightly address and ultimately uproot the many ways racism functions in our society, then real change can take place.

Moore Bailey concluded by offering words of guidance for those looking to use racial equity as a lens for broader change. She said, “Start with what you’re passionate about, and build your anti-racism equity muscle, too, so you can have both conversations at the same time. Be ready to move at the speed of trust because at the end of the day, that’s what it’s going to take to get to the broader change – trust and relationships.”

This piece is cross-posted to the Justice Outside and the Inclusion, Diversity, and Equity in Environmental Philanthropy (InDEEP) websites.